MS Henrik Ibsen®, formerly DS «Styrsö», originally operated scheduled services in the Gothenburg archipelago from 1907 until 1960. She then continued as a charter boat in Sweden until in 1992 when she was bought for use in the Telemark Canal. The ship was brought to Norway in 1992 and put into operation on the Telemark Canal in connection with the canal's 100th anniversary. The following year, she was further adapted to canal traffic by rebuilding the ship at Knardalstrand Slip & Verft. In 1993 the ship was renamed MS Henrik Ibsen® after the former steamship DS «Henrik Ibsen» which went into service on the Telemark Canal from 1907 to 1917. From 1992 to 2009 the ship was owned and operated by Skien Dalen Skipsselskap AS.

After the 2008 season, the ship went into storage due to damage and wear. The following year she was sold to Telemarkskanalen Skipsselskap AS by Thor Morten Halvorsen, owner of Dalen Hotel. Upgrading of the ship was initiated and parts of the hull and drivetrain were first renovated at Hansen & Arntzen's shipyard in Stathelle. Then the ship went to Fjærholmen wooden boat building and Boat builder Geir Røvik at Tønsberg for overhaul and upgrade. The ship's original "lady saloon" aft was renovated and incorporated as part of the ship's 1st class restaurant. Engelsviken Verft was awarded the contract for the upgrade and installation of new safety and rescue equipment. Doyle Lyngør Seilmakerverksted delivered canvas for canvas roofing of top decks as well as promenade decks. The ship has been completely upgraded and renovated in an Agatha Christie 1920s style with plush chesterfield sofas, mahogany interior, crystal chandeliers and brass details. The decor is partly antique and produced especially for the ship by the English interior and furniture workshop Andy Thornton. The ship's 38 crystal chandeliers are specially made and delivered by Hotel Contract Interiør in Oslo. 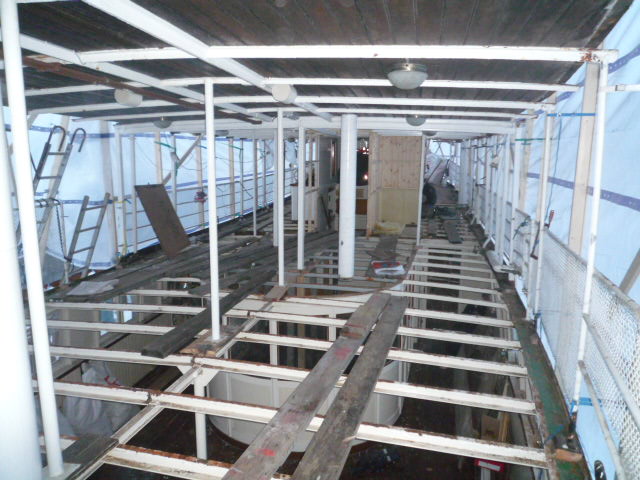 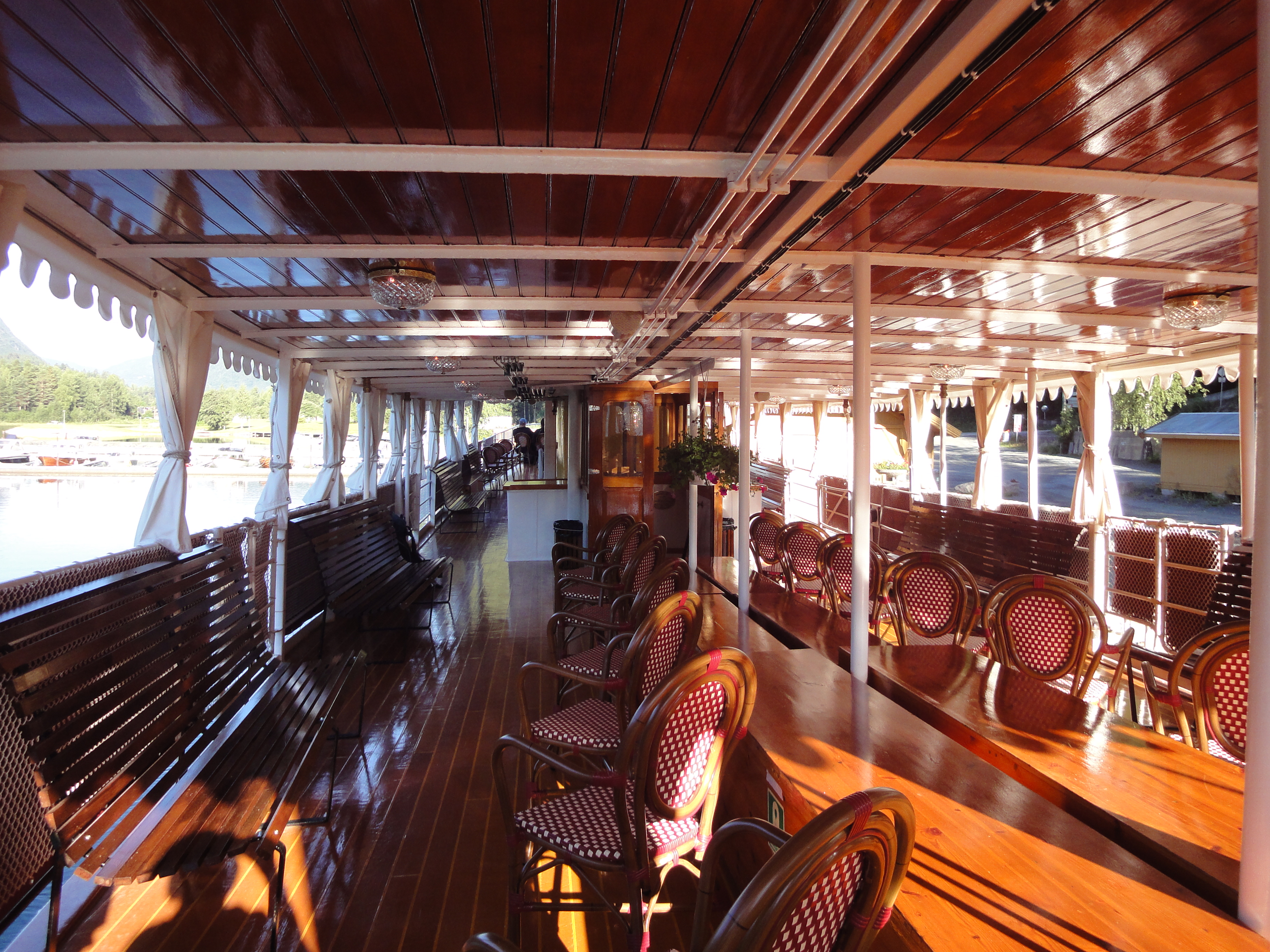 The ship engine is a slow-moving two-stroke six-cylinder engine produced by Burmeister & Wain in Fredrikshavn 1952 - against Alpha 406 FLO which produces 360 hp. The coupling was manufactured by Lohmann & Stolterfoht 70w125 in 1951. In 2011, the engine was removed and overhauled in connection with engine damage. In 2012/13, the coupling, shaft with bearing and sleeve were overhauled in addition to the complete renovation of the ship's propeller from 1953. The ship's fender strips in steel were replaced in addition to several upgrades to the vessel's passenger areas. At the start of the 2013 season, the ship has been completely renovated and upgraded with interiors and expressions adapted to a 100+ year old veteran passenger ship in addition to comfort and safety equipment that satisfies modern standards. 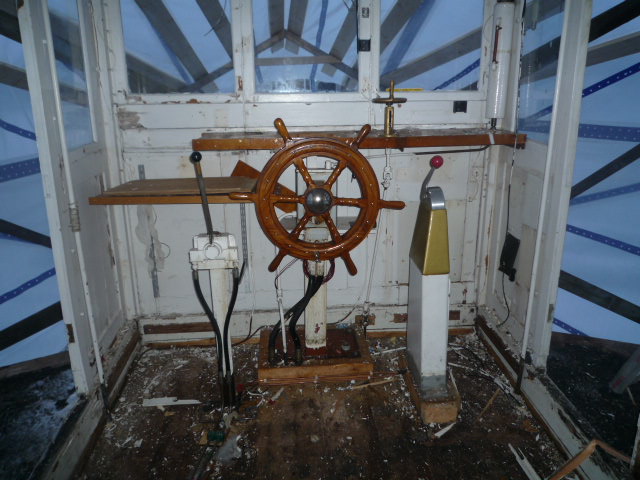 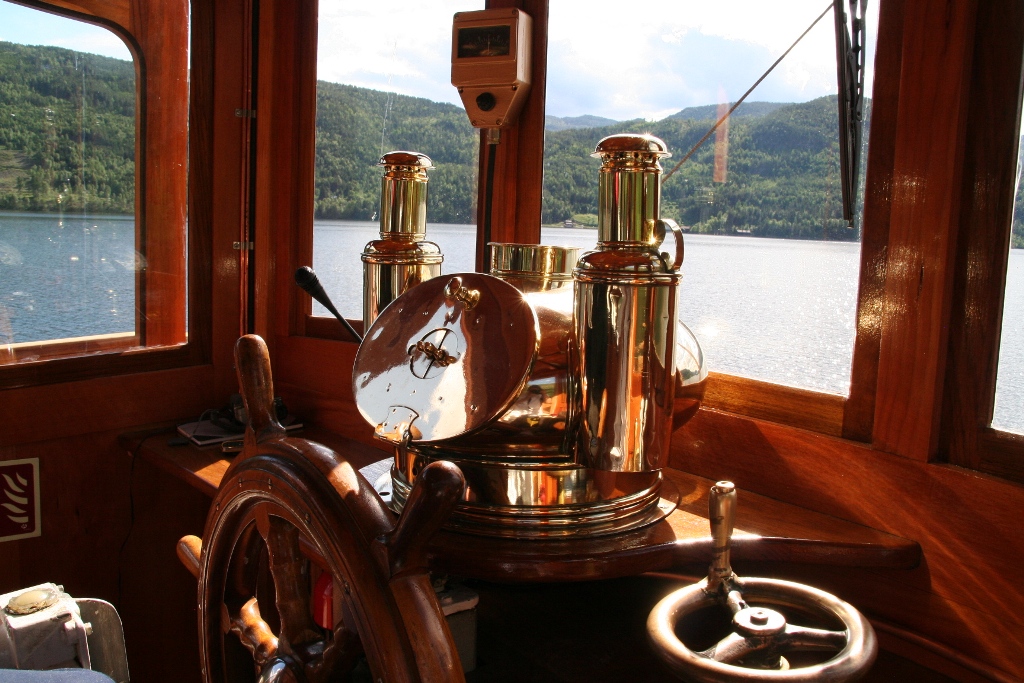